The Art21 video “Chicago” features four phenomenal modern artist and their very interesting, occasionally unconventional approaches to their artwork. These artist include Nick Cave, Theaster Gates, Barbara Kasten, and Chris Ware. “Chicago” tells the story of these artists from their upbringings to what brought them to producing the types of art that they are famous for today. What binds all of these artists together are their different styles. Although different they all stem from similar thought patterns. Each artist reminded me of the artist Ellsworth Kelly in that they all chose to create art from everything instead of something. For example, Nick Cave produced his soundsuits from everything around him, things he found and bought and made them into suits that produced a deeper meaning and sounds for Cave and his viewers. One soundsuit in particular was composed of mixed media including twigs, wire, metal, and mannequin. It’s dimensions were 88x36x28 inches. This suit was constructed after the Rodney King incidents and L.A. riots in 1992. Cave wanted to mimic his feelings toward the incident artistically. While in the park one day, he came across a single, lonely twig that, to him represented the racial profiling that had occurred in the Rodney King incident with members of the Los Angeles Police Department.

This episode of Art21 really compelled me to believe in my own artwork. So many times, art students come from being these high school students with high hopes of going to college to be encouraged in their artwork and have the freedom of expression. Instead a lot of student artists are told to stay in a particular mold created by their instructors and institutions. It prevents them from being able to fully express themselves if they are constantly being told that because their artwork is different then it is incorrect. A grade on expressed artwork can be very discouraging. “Chicago” visually tells the story of artists who said “my artwork is right because I said it is right”. This is all of the encouragement any young artist needs.

It only furthered the ideas and standing that Ellsworth Kelly tried expressing to the art world years ago. For example, artist Barbara Kasten said ” I played around with photography but never resulting in a photograph always resulting in an object. I never think of photography as recording life in general. For me, photography was an experimental medium.” Her artwork was not just captures of an object through a camera but the use of light to make more out of very little. For example, “Transposition 5” produced in 2014, much like the photographs she exhibits in the video, the 60″x48″ Fujifilm Digital Print not only shows the clear sheets of glass and the one red sheet of glass, but also introduces mediums that are less often used like light and shadows to create brand new forms. A lot can be learned from each artist with respect to creating art instead of mimicking preexisting objects and these four artists did just that. 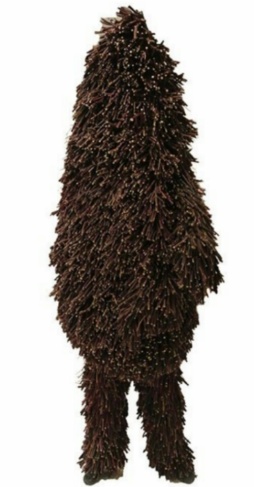